Welcome to the website of Frank Robinson: Songwriter, musician, artist and author. 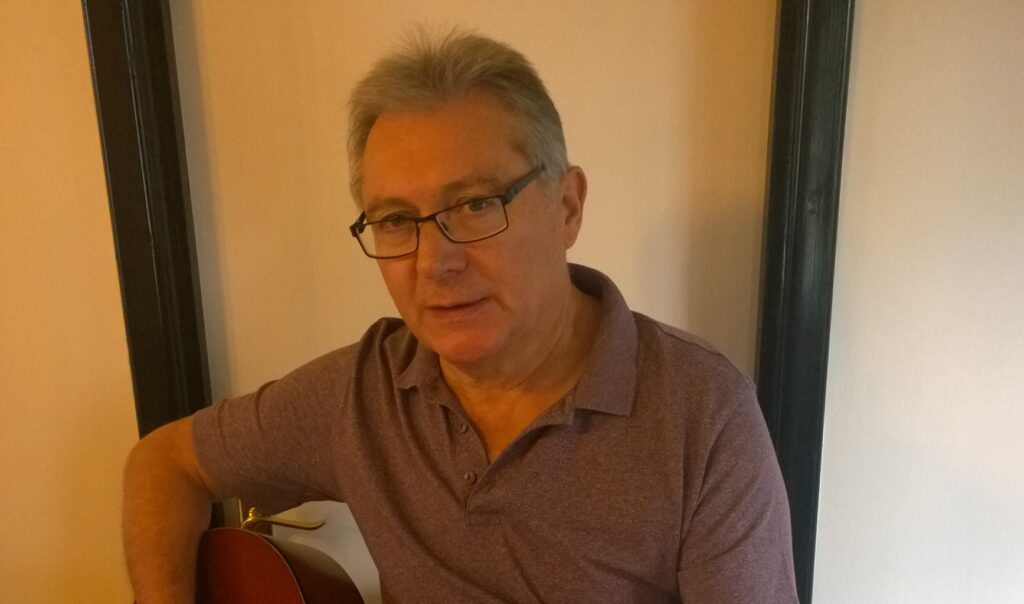 I write songs in many different genres and promote my country songs under the alias of Mountain Rio. All Mountain Rio songs are recorded in Nashville by producer Stacy Hogan and feature the wonderful vocals of Mike Lusk.Mountain Rio videos – https://wp.me/P7vD8Q-1M

On April 19th 2021 ‘Sun Tanned Bikini Girls’ featuring Mountain Rio was released and reached number 8 in thetalkradiostation.co.uk chart.A video of the song is below:

Other aliases I release my songs under are Athenos, The Amazing Doctor Love, Tinsel, Mixed Bag, The Snowmen and Franchesco De Rosa. All of my songs are released on my own Mountain Rio label and are available to purchase from Spotify and other major download stores.

I have had a number of chart entries in The Official European Independent Music Chart, which is based on the amount of air play received by a song.The highest position reached to date was in December 2015 when ‘Babes’, a pop/dance track, featuring The Amazing Doctor Love, reached number two.
In July 2016 ‘Lazing In The Summer Sun’ featuring Athenos reached number 7.

In September 2020 ‘Bobby and Jackie’ a tribute to footballing brothers and legends Jack and Bobby Charlton was released.

In November 2020 the following singles were re-released for Christmas:

As well as writing songs I am the author of a number of books and these are listed below.All of my books are available from the Amazon Kindle store.

‘The Adventures Of Bobby The Bedlington Terrier, Bobby And The Kidnapped Plot’. Purchase book here from Amazon

‘The Adventures Of Bobby The Bedlington Terrier, Bobby And The UFO’.  Purchase book here from Amazon

‘The Adventures Of Bobby The Bedlington Terrier, Bobby And The Disguised Woman’

‘The Adventures Of Bobby The Bedlington Terrier, Bobby And The Stolen Stallion’

‘The Adventures of Bobby The Bedlington Terrier, Bobby’s Special Christmas’

You can hear some of my music, see a selection of my videos and read about the books I have written, on this web site.

More of my music can be heard at: